My dog Gus has a ton of energy, and while we love playing with him he can be a handful and we’re not always around to keep him entertained. I’ve been wanting to build him a fetch machine so he can play and burn off some energy while were out. The launch mechanism is the first step in the project to be followed by an enclosure, sensors and logic. 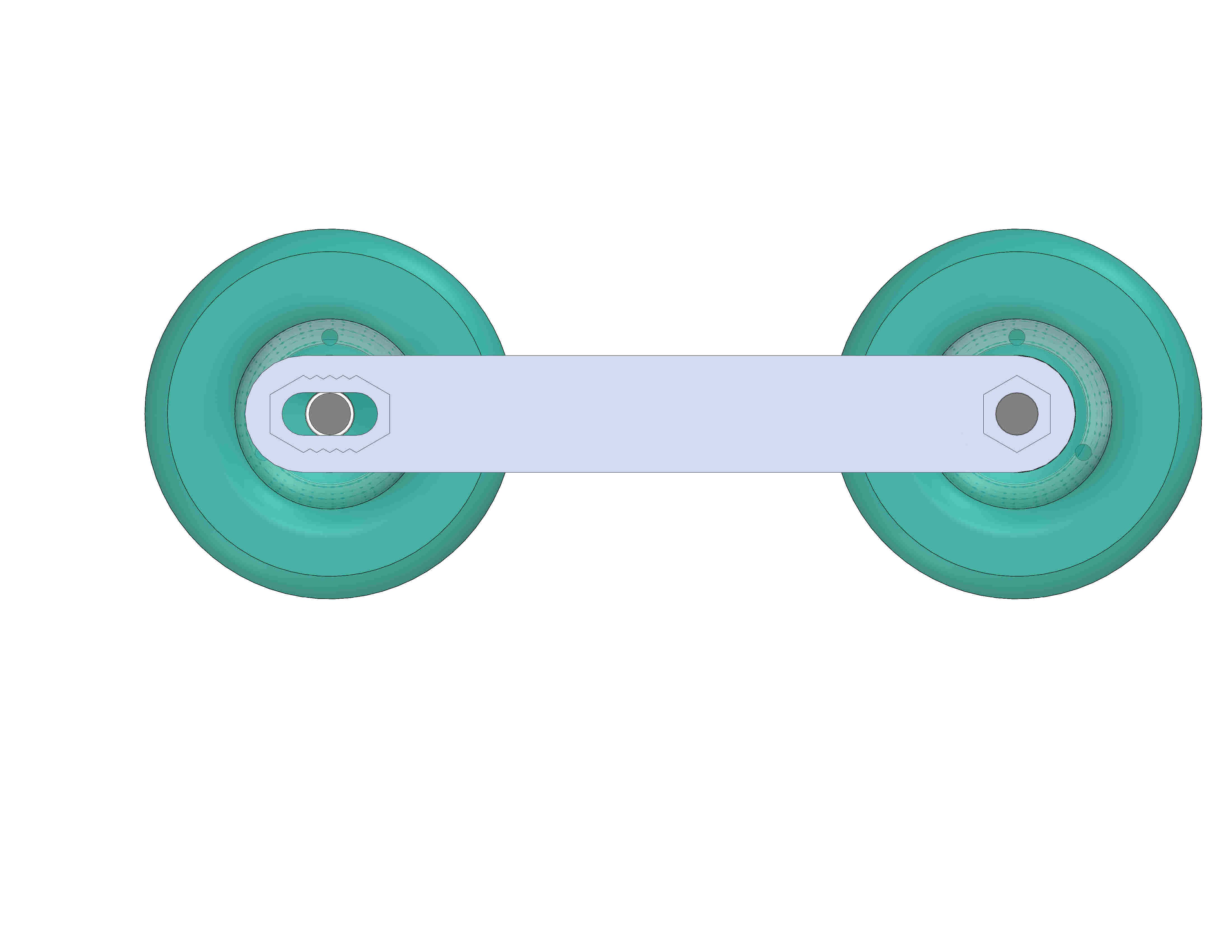 The launcher should look familiar if you know what a pinching machine looks like. I started with the gap between the wheels, I knew I wanted it slightly smaller than the ball diameter so it will squish between them when launching, I made the gap adjustable by 20mm so that that the prototype could be fine tuned. 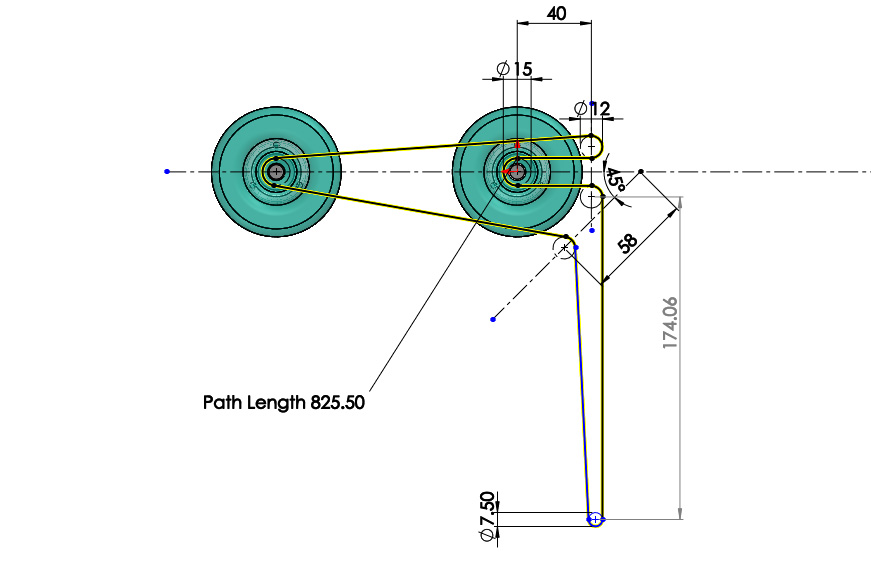 The rest of the layout is constrained by the length of the belt (the ‘path length’ dimension is SolidWorks really came in handy). 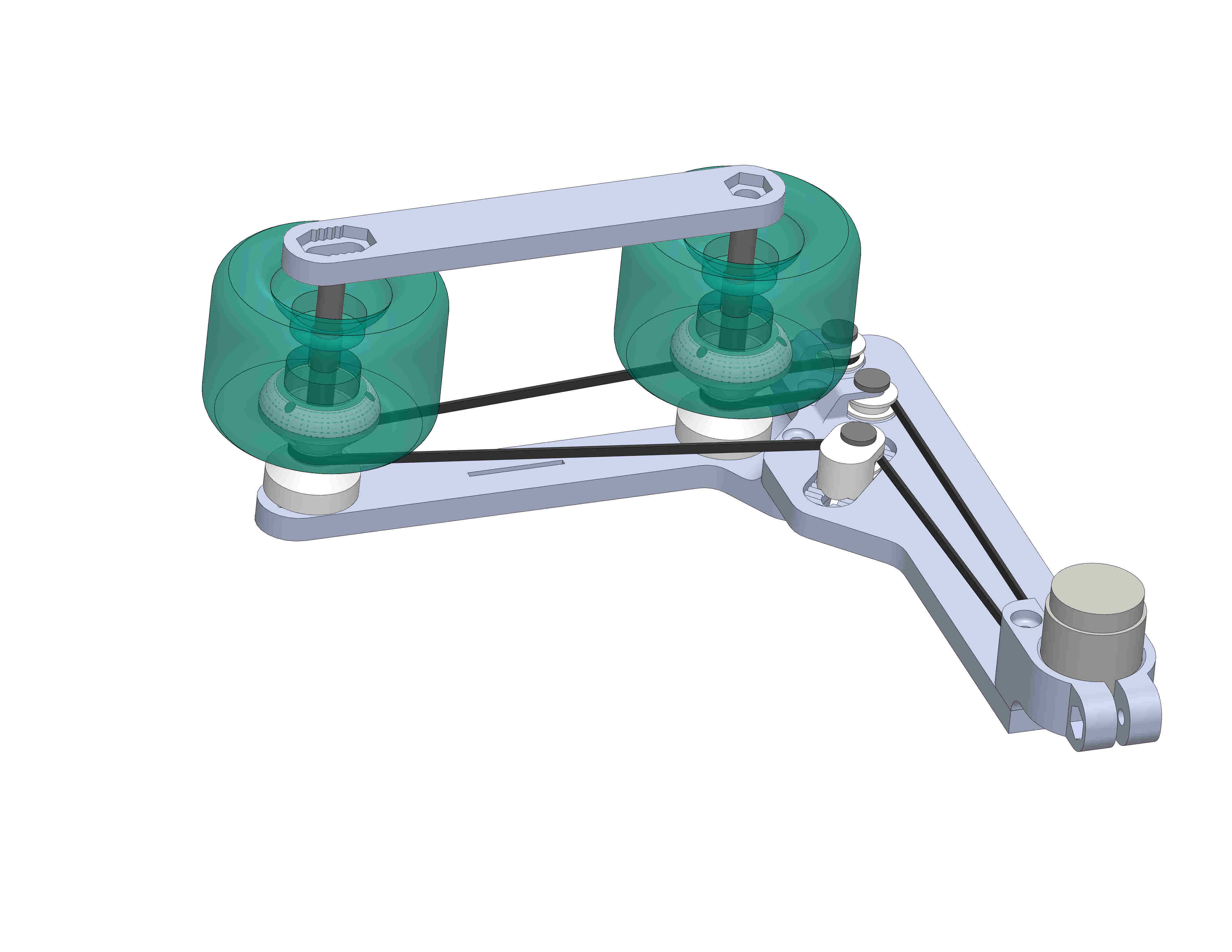 After the main dimensions were laid out the rest was just filling in the details. 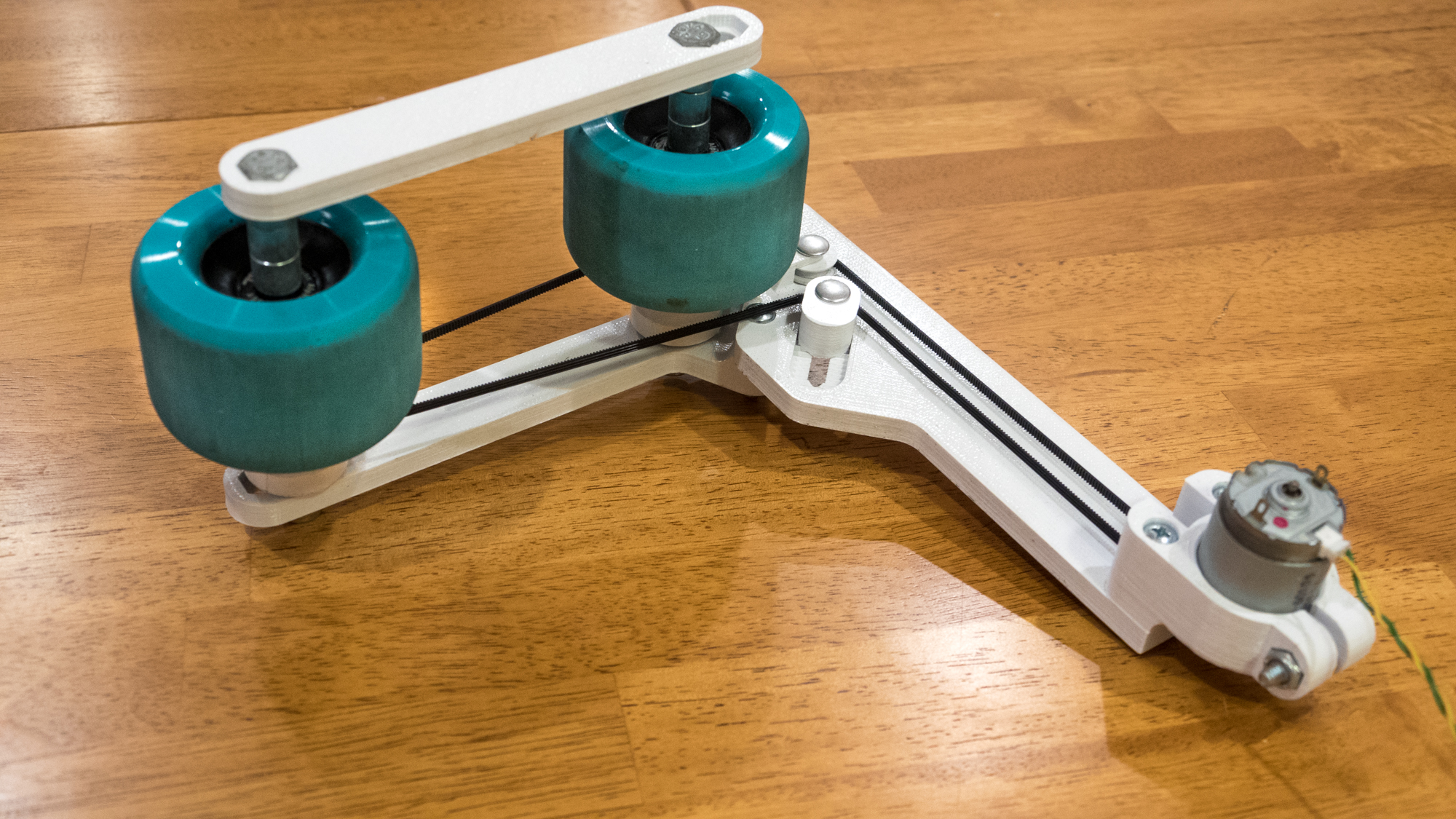 The bed of my 3-D printer is 8”x8” so the frame had to be made in a few parts, fasted by machine screws. 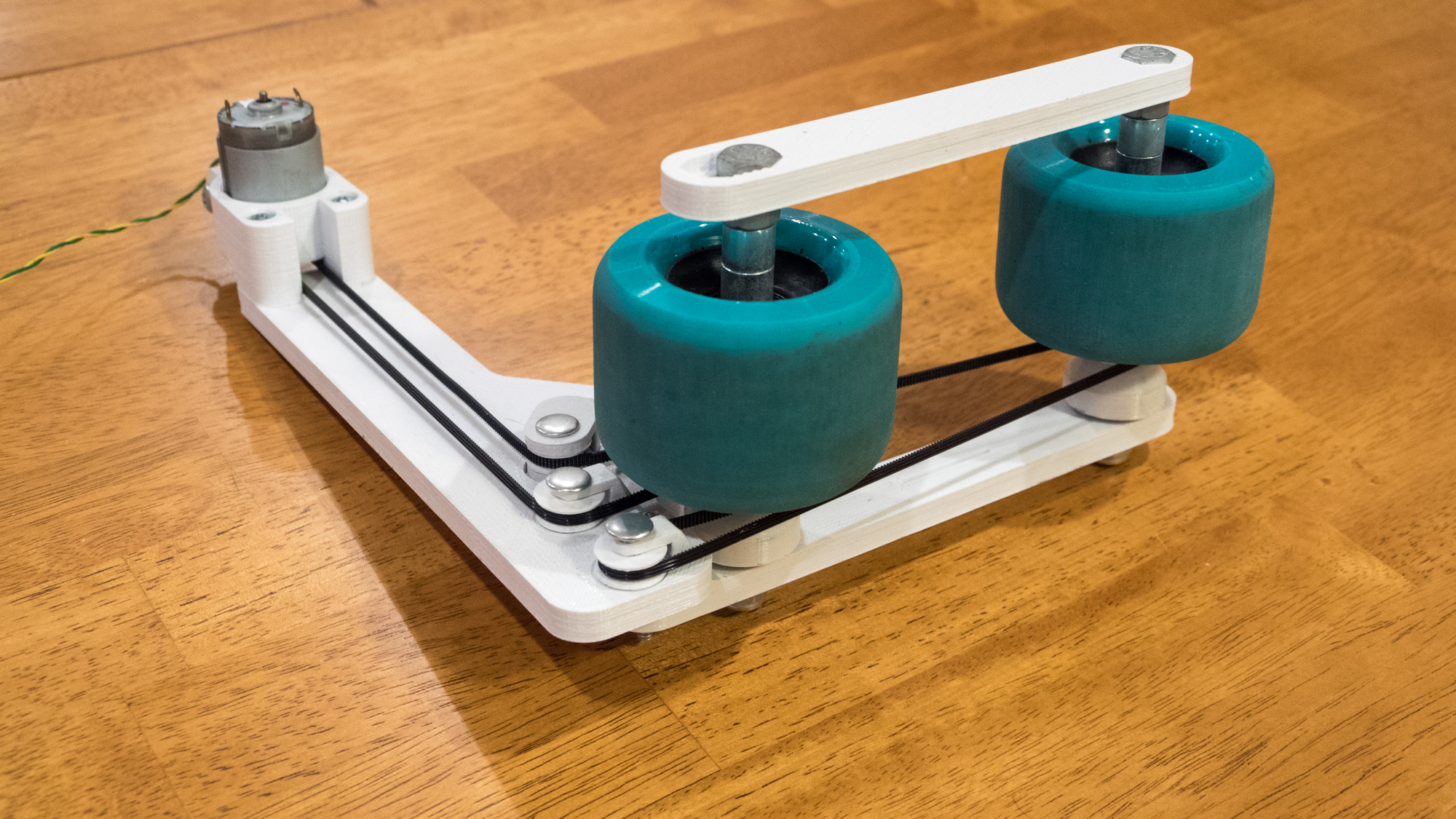 Everything came out great! As you saw in the gif at the top Gus already loves it. Next I’ll start working on an enclosure and some sensors to automate the operation.